Pollination – more than having living honeybees

You might have come across the photo of a supermarket with full shelves of fruit and vegetables, and then the same one without most of them, stating: “life with vs life without bees”. Knowing the importance of pollinators for food production, the losses in bee population are alarming1, 2, and scientists and world organizations and local beekeeping communities in many countries are raising awareness on our dependency on pollinators3-7. Pollinators, indeed, as their name indicate, allow the plants to fulfil their reproduction cycle by bringing the pollen to the female parts of the flowers, precursor for the formation of the fruit, that we consume. About two-thirds of the crop plants that feed the world rely on pollination8. FAO’s Director-General José Graziano da Silva reminded on the occasion of this year’s World Bee Day8 that “the absence of bees and other pollinators would wipe out coffee, apples, almonds, tomatoes and cocoa to name just a few of the crops that rely on pollination. Countries need to shift to more pollinator-friendly and sustainable food policies and systems.” The increased cultivation of crops for energy, also depending on pollination, just raises the needs3.

Not only are bees sensitive to pesticides from the neonicotinoids class, but they are also dying because of diseases or the still puzzling colony collapse disorder, or killed by invasive species as the Asian hornet (Vespa velutina), a globally distributed predator of European honey bees and other insects.

Pollination is a time-consuming, highly specialized service whose value can be counted in billions of dollars9-12, dispensed for free, that we compromise with more or less harmful pesticide applications since long time13, 14 and the loss of natural and diverse ecosystems15.

So, if it is known that

Why can’t we just deposit a couple of beehives in a field – avoiding neonicotinoids and similar treatments – to solve the pollination question? Many crop growers actually DO use beehives or bumblebee boxes in their greenhouses or fields to benefit from their action. Is it just a matter of encouraging those methods and eliminating pesticides that are dangerous to bees?

Is that why there are apple fields in China that have to be still, since the 90s, entirely pollinated by hand16? Having at the same time huge numbers of blooming trees, plenty of beehives and still a collapsing fruit production does not seem to make any sense.

There is still a lot to learn and information to be shared about the connection between bees, crops, wildflowers and pollination dynamics in general.

This is the case for the vanilla plant, a luxury item that is pollinated by hand outside of its native range. The Melipona bees, its natural pollinators, stingless species native to the Yucatàn region of Mexico, are almost extinct. Another know case is the orchid Angraecum sesquipedale whose strange features led Charles Darwin to specifically search for its pollinator – with success: he found the moth Xantopan morgani predicta. Indeed, the specificities of the flower, required precise and rare characteristics from the pollinator.

But what about those who are perfectly fine with bees, would a hive and the reduction of bee-detrimental chemicals be enough? How do we know how many bees is enough? How can one say there are enough or not enough bees? Even in places where it is said that there are not enough, crops still get pollinated and grow fine. And if there are “enough” bees on average, are we safe?

Therefore, numbers are often a combination of estimates of present populations, the counting of beehives, the calculation of surface cultivated with crops needing pollination, estimation of the distance pollinators need to fly, comparison with previous years or decades, or with other places in the world with similar conditions. Indeed, the wild pollination – the services given by a range of wild living organisms, often solitary living insects, are a precious ally for pollination of agricultural crops. It goes beyond the multiplication of pollinated flowers because of a multiplication of the number of agents. They have different efficiencies, weaknesses and strengths, so that their action is synergetic rather than additive. Insect diversity allows for multiplied beneficial effects.

Can we then conclude that introducing several bee species for one crop would be the solution? A hive, and some sand or insect hotels for the others would be perfect. Why still take agricultural valuable land to plant only flowers and other economically and culinary uninteresting plants? What is biodiversity all about?

Biodiversity is a complex matter and needs for fruit trees for example are not that trivial. The right combinations of trees, that are compatible with regard to their flowering times and flower opening times. The pollinator trees are often less interesting with regard to their fruits, so their economical advantage must be calculated in another way.

Even an organically farmed monoculture plantation can be a biodiversity desert, that, if its surface is large enough, will not support any bee pollination. In other words, vegetal diversity ensures a solid nutrition for the beneficial insects. Biodiversity in general supports several functions from nutrition, nesting, microclimate, protection among other services23. This is one of the main reasons why there is a need for hand pollination of gigantic fruit monocultures16. As the foraging range of bees is limited, the effects of this type of agriculture are visible sometimes only at a larger scale (cf. habitat fragmentation).

To maintain the ecosystem functions, the pollinators and their host plants need to be both taken care of; if one loses its partner, there must be at least one alternative organism for that function. For instance, changes in climate have also consequences on fine-tuned mechanisms as flowering times, affecting pollinator survival in critical times21. This is one of the basics of resilience on ecosystem level24, 25.

The maintenance of wild spaces with various, native plants all year round, combined with elements to host the insects in the winter or to breed, are essential on the long term, and have to be included as a necessary standard in agricultural practices, not only as a philanthropic beekeeper sustaining activity or romantic nature-lover pleasure. It ought to be a normal practice like maintaining machines in function or checking for enough water supply.

To make this happen in practice, there are many steps that are still to be successfully walked and questions to be answered. A broad nature protection and conservation effort depend on a large-scale knowledge availability from farmers, over governments and industries, to consumers. How do you protect something you don’t know, something you are not able to recognize, something you think is useless, or something you mistake for dangerous? Citizen-driven conservation is a powerful tool that can be further developed.

Also, some lessons can be learned from the hand pollination practice in China. Education on hand pollination instead of information about dynamics, and low-cost, efficient human pollinator did not bring back natural pollinators, as another motivation – economic viability of hand pollination – was chosen and supported with adequate training and measures.

Give key knowledge, give a reason and give some first means and ways, and the potential of a broad action can be unlocked.

What do YOU know about pollination? Test yourself!

Can you spot all pollinators? Which plants on this list do not depend on a pollinator? 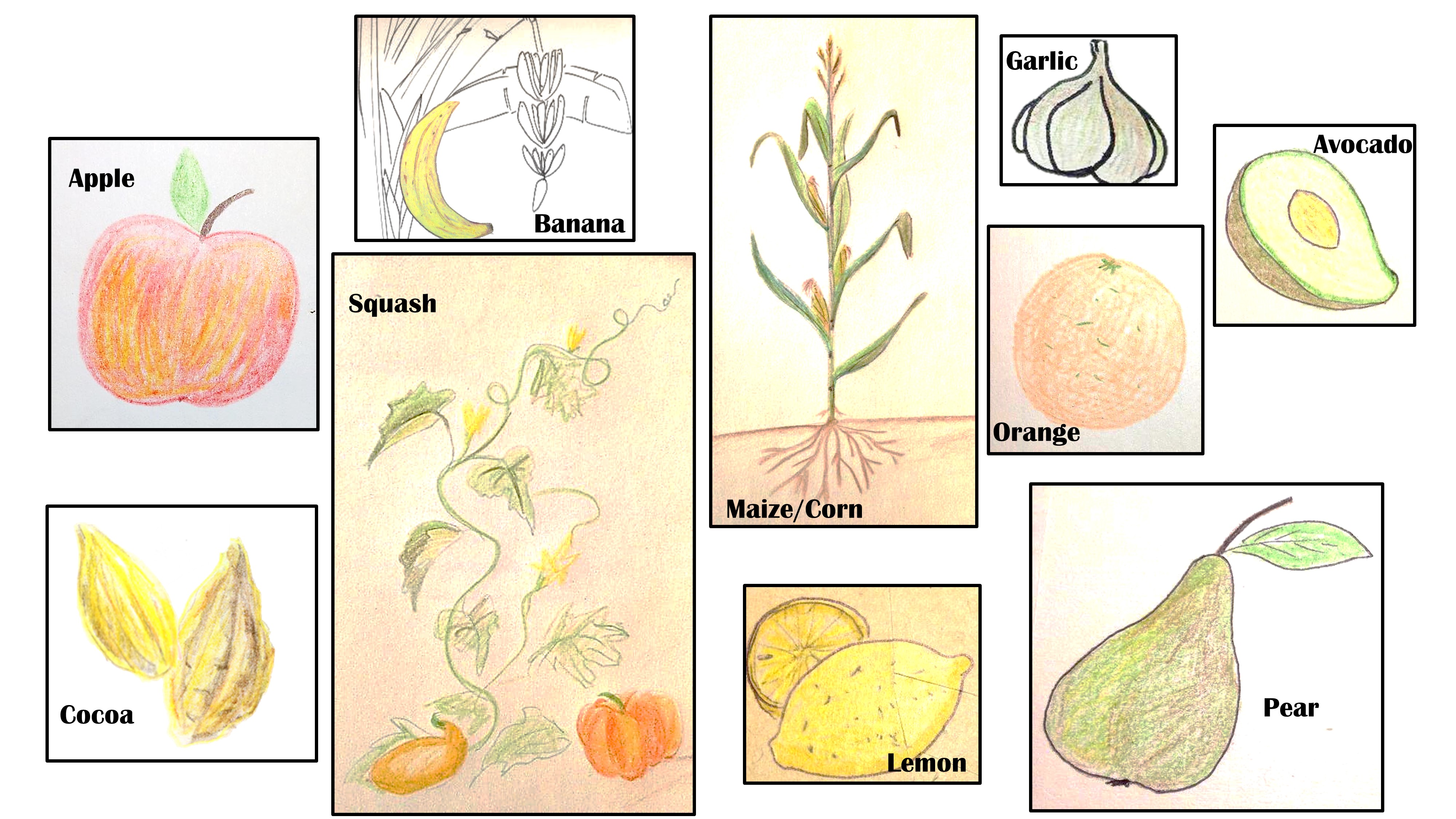